"If some want to perpetuate the colonization, Malagasy people must oppose a strong no, regardless of who the colonists are", thus spoke Felix Robson, our grandfather to all. Like so many others, Felix fought during the uprising of 29 March 1947 to reclaim freedom that had been stolen by the French colonists. Despite the suffering he endured, he did not let rancor invade his soul. According to him, "the wrongs of parents are not the wrongs of children". But what about our wrongs to all of us, his children (zanaka) ? 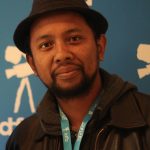 Some pictures of the film : 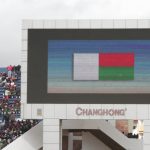 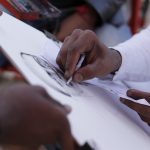 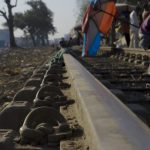 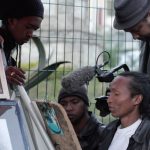 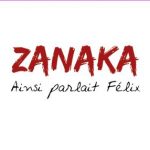 The testimony of the one you affectionately call Dadabe Felix (grandfather Felix), ends during his deportation, so to speak, in Diego, what has happened to him after that ?

He returned to Antananarivo around 1949 and he worked as a glazier : he could not work as a sailor as there are no ports in Tana, so he did small jobs. He abandoned his life in Manakara, he got married and had many children. The colonists said back then 47 that all resistance fighters must be killed to the last.
When we organized a picnic with him, his family had a hundred members. He told me with a smile that he had his "sweet revenge to life" since not only he was not killed but he had many descendants.

The film evokes emphatically the lack of independence today, despite the sacrifice of the ancients to win freedom and sovereignty. But we do not have much information about the current neo-colonialism discussed in the film.

It's true that the film refers implicitly to this neo-colonization we see everyday in newspapers, such as debts to global financial institutions. These same institutions impose a number of conditions for granting funds, namely the opening of borders, investment in agri-business and the establishment of major mining projects. These mining projects are fairly recent in the history of the country, Madagascar has become one of the new Eldorado. There are oil and gas deposits, sold off to these mining companies. There is also the exploitation of the subsoil : cobalt, ilmenite, zircon, rare soils... and it does not benefit the local population. There is a human and ecological tragedy happening now. And finally, the country is losing in general but is encouraged to prioritize these foreign investments. In the accounts of these mining projects, Madagascar only receives 1% of the reported profits. There are subsidiaries of Rio Tinto, of all the powerful countries that are here to exploit the resources of the land of our ancestors as we say here. 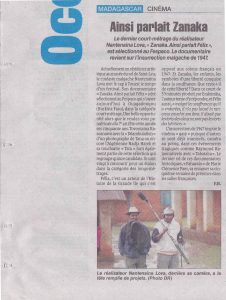 Interview with a representative of TANY COLLECTIVE for the DEFENSE OF MADAGASCAR LAND
http://terresmalgaches.info/spip.php?article247

Buy the Original Soundtrack of "The Malagasy Way"